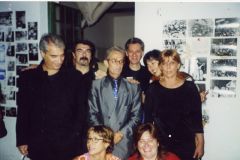 In that particular historical political and cultural context of Italy in the 70’s, the L.I.A.C.A. (Lega Italiana Associazioni Culturali Alternativa) was very active in defending the freedom of expression, against  the police’s repression that was closing most of all alternative cultural spaces in Italy,  as sites of political dissent. The L.I.A.C.A. was constituted in a press conference held at the Filmstudio on March 9, after that in several cultural spaces were closet by the police. It was made initially by AIACE, Filmstudio, Teatro in Trastevere, l’Occhio L’Orecchio , Politecnico, Alberico, Beat 72, , Mago d’Oz, il Sabelli, , Cento Fiori, Cineclub Monte Sacro Alto, L’Officina, il Murales, all based in Rome, Obraz Cineclub in Milan and Spazio A in Cagliari. Giovanna Ducrot of the Mago di Oz was the charismatic National Secretary, very active.  Sandro Dernini of Spazio A and Massimo Vincenti of CineClub Monte Sacro Alto were part of National Secretaratiat. 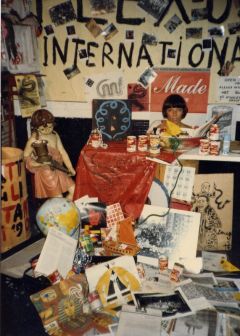